Our governing Board is responsible for agreeing the strategic direction of the Association. 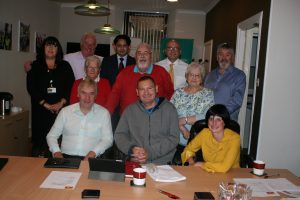 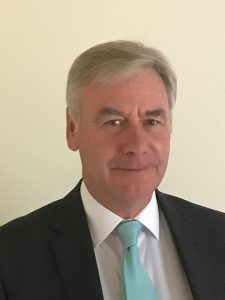 It sets the Association’s values and standards and monitors the extent to which we are achieving our high level aims and ambitions. It is also responsible for ensuring we fulfil our legal responsibilities and meet the expectations of our Regulators including the Scottish Housing Regulator.

There are 12 places on our Board. Board members all give their time on a voluntary basis, receiving no payment with the exception of travel expenses and some subsistence for training events. They bring considerable knowledge and expertise from a variety of different backgrounds and receive full induction when elected and make a commitment to ongoing training and development. What are we looking for from new Board members? – see commitments here.  See brief history here

Annually each Board member will receive an appraisal which will review the skills and knowledge they bring to the organisation as well as highlighting areas for continuous improvement. 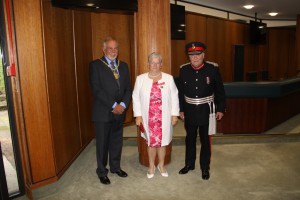 Our Governing Board meets every month on a Thursday with a minimum of 9 meetings per year. We also have Audit and Risk, Development and Staffing and Health and safety sub-groups and ad hoc working groups to oversee specific operational activities of the Association.

Our Governing Board Office Bearers following 2019’s AGM are:

David McCready, Chairperson (pictured) – is a local resident of Barrhead and a Board member since 2009. He is retired housing manager having worked for River Clyde Homes for many years with a wide range of experience from the housing association and local authority sectors. David was elected as the Chair in 2018

John Hamilton, Vice Chairperson (since 2018) – is a local resident of Neilston, former president of the East Renfrewshire Chamber of Commerce, and a health and safety consultant. He has been on the Board since 2014 and completed a governance certificate from Napier University in March 2018.

Other Board members are:

Drew McKinney, Convener (elected 2018) Audit and Risk Sub-Group – is a professional member who has worked within the area in the past and within the local authority sector, holds a LLB degree and Diploma in legal practice. He was elected to the Board in September 2015 and currently is employed by Community Veterans Support as their Operations Manager

Chris Baird, Convener Development Sub-Group (Elected 2018) – is a local resident of Barrhead and has been on the Board since September 2015. Chris is a Board member with Horizon HA with a focus on disability issues, he also volunteers with GCIL.

Tommy Reilly, Convener (Elected 2018) of Staffing, Health and Safety Sub-Group (Chairperson of Levern Property Services since 2018) – is a local resident of Barrhead and was our local SNP Councillor and co-optee from 2012-2017. He has now joined the Board as a full member. He is retired construction lecturer from Reid Kerr College, and does a range of local charity work within the area.

Claire Boyd – Claire has been on BHA’s Board since 2001 and was chairperson for the period 2006-2011, and also 2016-2018. She is a local resident of Neilston. She has been an active volunteer in her village for many years. She is a retired draughtsperson.

Rena McGuire BEM – Rena has been on BHA’s Board since 2006. She was chairperson from 2011-2016. She is a local resident of Barrhead, and plays a key role in other local voluntary organisations including Dunterlie Tenants Action Group, Health and Social care integration; Barrhead Community Council and Public Partnership forum. She received her BEM in January 2015 for her long service to the community of East Renfrewshire.

Brian Connelly MBE – Brian has been on BHA’s Board since 2002 and has been Secretary for the majority of those years, until August 2018. He is local resident of Barrhead and has worked for the community for over 20 years receiving his MBE in 2005. He is Chair of Auchenback Active, Auchenback Tenants and residents group and on the Board of TPAS. He is a retired civil engineer.

Michael Mukhtar – is a local resident and Director of a commercial business with its base in Barrhead. He has a BSc in electronic engineering and a MBA. He has been on the Board since 2011 and is committed to working within the community.

Beth Welsh – was elected at the AGM in August 2017. Beth works for the local credit union and has a background in housing association work having worked as a development manager on new housing projects for a large national RSL.

Councillor Tony Buchanan, co-optee approved by the Board in Sept 2019. Tony is the leader of East Renfrewshire Council and brings considerable experience of the local area to our Board.

Dianne Greig is a local resident who is a financial advisor with a financial management company based in Glasgow. She has worked in commercial and charity sectors in business development roles and been an advocate of local community and support groups for many years. Dianne joined the Board in September 2019.

Open an account today for saving and loans plus easy rent payment.